Part of caring is having to grieve losses. Jake saw the vet two weeks ago for what turned out to be lymphoma. While he's still doing well on prednisolone I know it's only a matter of time. I'm alternating between enjoying normal time with him and worrying about the other shoe dropping. He's still breathing and eating well though. There was some trouble when he discovered the bitter reality lurking at the center of pill pockets. But we've successfully weathered that speed bump*.

To balance this out, things continue well with my sweetie: it's been observed that I am twitterpated. I half jokingly expressed concern that I've developed an unhealthy attachment to him, because I will be sad if he's gone. He replied that he's not going anywhere. And this is a man whose words and actions match!

I've also been having a small autoimmune flare, with increased joint and muscle pain and costochondritis. Yesterday was infusion day so hopefully that kicks in soon. I've had an intercostal muscle spasm since last Tuesday and would very much like for that to stop. It makes breathing hurt. 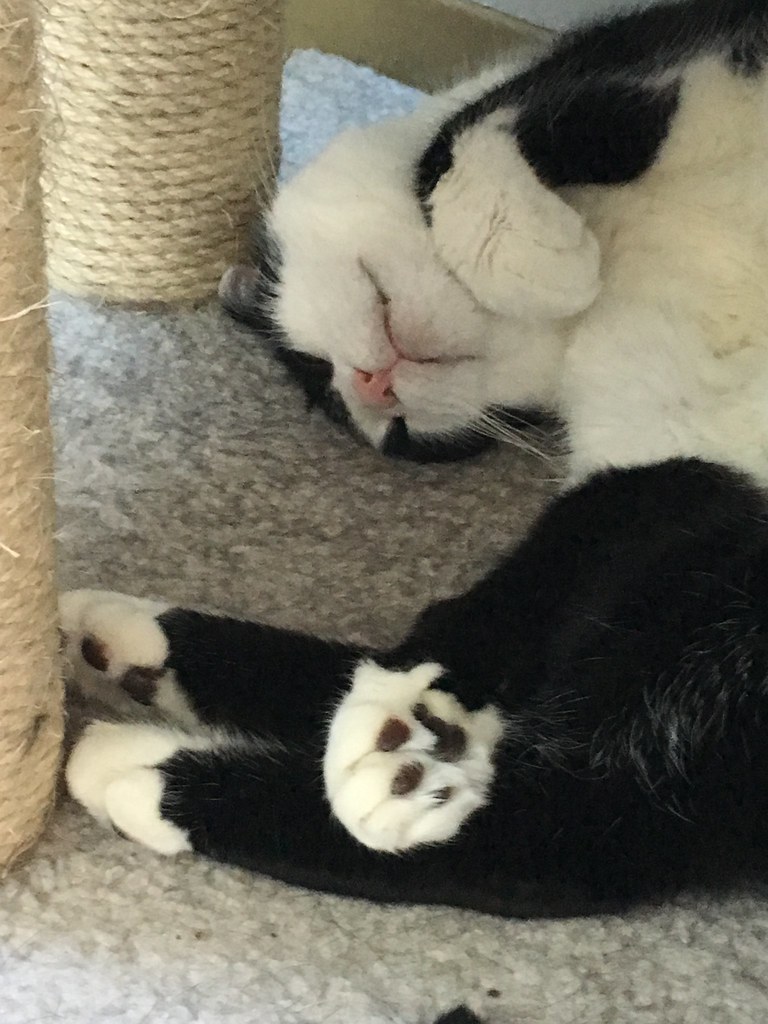 * I gave him a few empty pill pockets to break the mental link between them and nasty bitter tastes. He still gets pred in a pill pocket. But the gabapentin capsules are pill pocketed then he's forced to swallow. That's not his favorite but it's easier than forcing the plain capsule on him. And better than him crunching down on the capsule--blech!
Posted by Summer at 2:52 PM